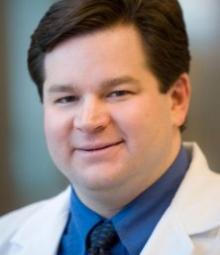 Dr. Brian Fife is an Associate Professor of Medicine within the Division of Rheumatic and Autoimmune Diseases at the University of Minnesota Medical School. He joined the division in February 2008. He is also a member of the interdisciplinary Center for Immunology and its Autoimmunity Program. Within the Center for Immunology, Dr. Fife serves as the Imaging Core Director using advanced imaging techniques in his own research program. In December 2001, Dr. Fife graduated from Northwestern University Medical School. It is there that he initiated his research interests in autoimmune mediated diseases. Following graduation, Dr. Fife joined the Diabetes Center in the Department of Medicine at the University of California at San Francisco for postdoctoral research. The major focus of his research program is the restoration of immunological self tolerance for treatment of autoimmunity. Dr. Fife is interested in understanding immuological tolerance during Type 1 diabetes and focuses his efforts on understanding checkpoint blockade and the role for inhibitory pathways such as CTLA-4 and PD-1. This work has extending into tumor immunology and understanding the mechanisms involved in checkpoint blockade.

Associate Professor of Medicine, Division of Rheumatic and Autoimmune Diseases

Research being conducted by the Fife Laboratory:

Research in our lab is focused on understanding the fundamental mechanisms that regulate T lymphocytes during autoimmune disease such as Type 1 diabetes mellitus (T1DM). T1DM is an autoimmune disorder resulting from the T cell mediated destruction of the insulin producing cells within the pancreas. At the root of autoimmunity lies the most important aspect of immune regulation, the ability to discriminate between self and non-self. This highly selective response is characterized by a complicated set of mechanisms which regulate T lymphocyte activity. Autoimmunity results when these mechanisms fail. Recently, we have generated a powerful treatment protocol to selectively target autoreactive cells. Using this type of approach allows us to re-educate the immune system to selectively silence destructive immune responses. Thus in effect, restore a state of self-tolerance and prevent further tissue destruction. We have identified two key regulatory pathways that control diabetes and promote tolerance, Cytotoxic T lymphocyte antigen-4 (CTLA-4) and Programmed Death-1 (PD-1). We have shown that these pathways control both anergy induction and long term maintenance of tolerance. Recent studies have focused on the in vivo imaging of the immune response using two photon microscopy. Using this tolerance protocol will allow us to determine the precise roles of these negative regulatory pathways at different stages during disease pathogenesis to control immunity and enhance tolerance.