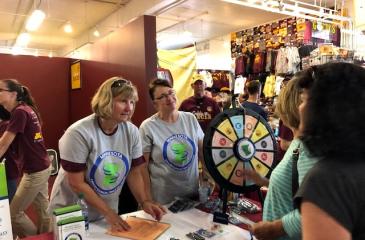 MNCCTN Participates in Goldy Vs. Cancer at the Minnesota State Fair

Fairgoers learned about MNCCTN, cancer, and clinical trials through an interactive trivia game. Participants were also given MNCCTN business cards and brochures to learn more MNCCTN and its mission.

MNCCTN also created a map with circles around each of the 18 MNCCTN sites, with the circles representing a 30-mile radius around each site. Fairgoers were encouraged to place a sticker on their city on the map. This helped MNCCTN staff and the participants visualize where fairgoers were from all across the state and which MNCCTN sites were closest to them. 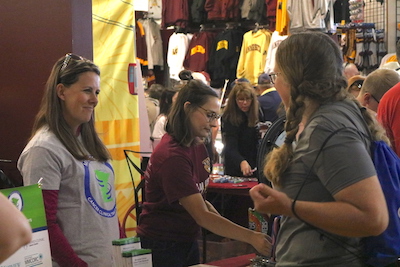