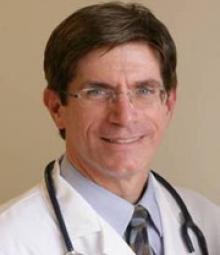 John E. Wagner, M.D., is a Professor in the Department of Pediatrics, Division of Blood and Marrow Transplantation. He is the Founding Director of the new Institute of Cell, Gene and Immunotherapeutics at the University of Minnesota. Co-Director of the Center for Translational Medicine, and holds two endowed chairs—Children's Cancer Research Fund/Hageboeck Family Chair in Childhood Cancer Research, and the University of Minnesota McKnight-Presidential Chair.

Dr. Wagner's research is focused on the development of novel cell therapies for treatment of life threatening diseases. Examples include the development of regulatory T cells that could be used in the treatment of autoimmunity, organ graft rejection as well as graft-versus-host disease, thymic progenitors to repair damaged immune systems, cardiac myoblasts to reverse heart failure, skeletal myoblasts to repair or replace dystrophic muscle fibers in muscular dystrophy, and expansion of the blood-forming stem cell to speed blood and marrow recovery after high doses of chemotherapy and radiation. Dr. Wagner is best known for his pioneering work on the use of placental/cord blood as a source of stem cells for transplantation – a procedure that has now been performed in more than 50,000 patients worldwide.

Dr. Wagner's research has focused on the development of new treatment approaches for life-threatening diseases for which conventional treatments are unsatisfactory. Dr. Wagner is recognized for pioneering the use of double umbilical cord blood transplantation in adults and embryo selection to insure an HLA matched, healthy child (‘savior sibling’) for another child in need of transplant. He is also a leader in the use of regulatory T cells to prevent rejection and graft versus host disease, expanded blood forming stem cells to speed blood and marrow recovery, novel conditioning regimens to dramatically increase the chance of cure of patients with Fanconi anemia and bone marrow derived stem cells to repair the skin in severely affected children with Epidermolysis Bullosa.

He has authored 237 research papers and book chapters, and is a member of numerous professional societies.