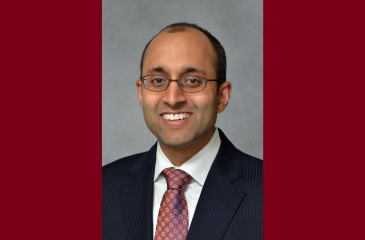 A new study out of the University of Minnesota looks at how posttreatment tobacco use in smokers with head and neck squamous cell carcinoma (HNSCC) changes over time. Tobacco use is well established as a carcinogen in HNSCC, meaning that the chemicals found in tobacco smoke are known to cause cancers of the mouth and throat.

A review of around 90 patients who were smokers and newly diagnosed with HNSCC found that many continued to smoke after treatment, and those who quit smoking were most likely to do so during the first 6 months after treatment, which may represent an important time to implement smoking cessation strategies.

Smoking during and after treatment for HNSCC has been linked to worse treatment outcomes, including poorer response to therapy, higher rates of cancer recurrence, higher rates of developing a second mouth or throat cancer, and decreased overall survival.

"Our work demonstrates that, despite being aware that tobacco contributed to the life-changing diagnosis of head and neck cancer, many smokers continue (or re-start) smoking after treatment,” noted Samir S Khariwala, MD, MS, Professor and Chair of the University of Minnesota Medical School’s Department of Otolaryngology-Head and Neck Surgery, as well as a Masonic Cancer Center member.

“This finding reinforces the knowledge that tobacco companies (intentionally) created an extremely addictive product such that many smokers are unable to quit despite their best efforts,” added Dr. Khariwala. “Cigarettes are the rare legal product that kills people when used as instructed. Thus, further regulation is needed to remove nicotine and carcinogens from tobacco products.”

The Masonic Cancer Center, University of Minnesota, is the Twin Cities’ only Comprehensive Cancer Center, designated ‘Outstanding’ by the National Cancer Institute. As Minnesota’s Cancer Center, we have served the entire state for more than 30 years. Our researchers, educators, and care providers have worked to discover the causes, prevention, detection, and treatment of cancer and cancer-related diseases. Learn more at cancer.umn.edu.