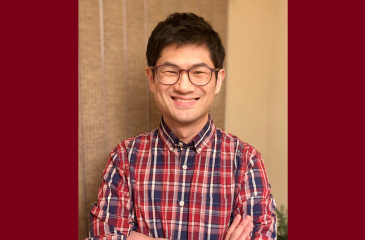 “A fusion gene, a type of gene mutation, is a hybrid of two independent genes found in cancers. Our goal for this study was to identify novel fusion genes in malignant vascular cancers that occur in humans and in dogs,” noted Dr. Kim, who led the study at the U of M. “We found different patterns of fusions in tumors from each species. It is not surprising because humans and dogs are different.”

“However, our data suggest that the gene fusions in both the human and the canine tumors contribute to formation of morphologically similar tumors, which are  blood vessel-forming phenotypes, by activating common molecular programs,” continued Dr. Kim. “These results lead us to predict that targeted drugs which disrupt these convergent pathways could be the key to developing successful therapies for these rare and highly aggressive tumors in both species."

The U of M group previously showed that there were distinct molecular subtypes of canine hemangiosarcoma, which the group hypothesized would be associated with clinical outcomes.

“The present study confirmed that hypothesis; specifically, all the hemangiosarcomas that had fusion genes belonged to the angiogenic (highly blood vessel-forming) molecular subtype, and dogs with these tumors generally had very short survival times,” said Dr. Kim. “In contrast, we did not identify any fusion genes in hemangiosarcomas belonging to the immune/inflammatory molecular subtype, and approximately half of the dogs with these tumors had durable, long-term remissions when they were treated with surgery followed by chemotherapy. These findings are important, as they could be used to guide the decision of clinicians and owners to implement treatment for dogs with hemangiosarcoma, as well as inform the development of effective treatments for dogs with the most aggressive forms of this disease."

The project was a collaboration that included the Animal Cancer Care and Research Program team at the University of Minnesota and scientists from the Broad Institute of Harvard and MIT and North Carolina State University.