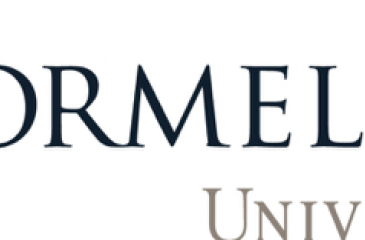 (Austin, Minnesota) – The Hormel Institute, University of Minnesota announces newly published research concerning remnants of ancient viruses found in human chromosomes and how this may affect the risk of developing cancer and other diseases.

Dr. Contreras-Galindo, one of the new lab leaders at The Hormel Institute and a member of the Masonic Cancer Center, studies centromeres, the middle region of chromosomes. In previous research, Dr. Contreras-Galindo found remains of ancient viruses that he says infected humans millions of years ago, and the DNA remained as archeological ruins in centromeres. His research found they had copied from one centromere to others.

"This has been fascinating research studying the possibility of ancient DNA and implications related to diseases like cancer," said Dr. Contreras-Galindo. "This is important because in understanding disease promotion and progression, we can better understand how to prevent and control it."

In the recently published research, Dr. Contreras-Galindo and the team of researchers found out that people without centromere virus remains are more prone to develop a disease called cutaneous T-cell lymphoma, a type of cancer affecting the skin, but they did not find any association with other cancers or skin conditions. Additionally, the fewer centromere virus remains they found, the higher the chance the people developed a severe form of cutaneous T-cell lymphoma, called Sèzary Syndrome.

The researchers also explored the effect of the removal of centromere virus remains in diseases of the T-cells (cells that mediate the immune system of a person) like HIV. When reviewing HIV patients, the researchers found that patients without virus DNA remains in their centromeres somewhat avoided the negative effects of HIV infection. Those patients also survived longer in contrast to patients that retained these centromere virus remains.

Dr. Contreras-Galindo reasons that intact centromere DNA is important for the division and function of T-cells. Abnormal centromeres, like centromeres lacking the remains of the virus DNA, may affect the function of T-cells and be involved in cancer development. Yet, these defects somehow prevent the negative infection effects of current viruses, such as HIV.

Dr. Contreras-Galindo’s article “Structural variation of centromeric endogenous retroviruses in human populations and their impact on cutaneous T-cell lymphoma, Sézary syndrome, and HIV infection” was published in BMC Medical Genomics and can be found here: https://doi.org/10.1186/s12920-019-0505-8

The Hormel Institute, University of Minnesota is a leading cancer research department of UMN and part of the Masonic Cancer Center, an NCI Designated Comprehensive Cancer Center. Collaborative research partners with Mayo Clinic, Zhengzhou University, MD Anderson, Columbia University, University of Arizona and more renowned centers worldwide, The Hormel Institute tripled in size in 2008 and again doubled in size in 2016.  Currently, the faculty and staff are comprised of 130 leading cancer research scientists and 14 cancer research sections. Over the next few years, The Hormel Institute UMN will add another 130 new faculty and staff jobs as part of its expansion as it continues to perform world-class research in the quest to prevent and control cancer.