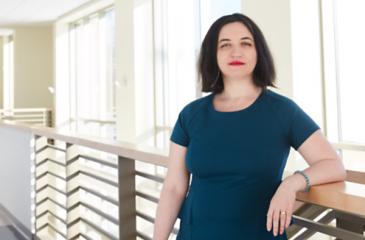 "It is critical progress to identify when and how the resistance to chemo occurs, so that we may target these roadblocks," said Dr. Ilana Chefetz.

Ovarian CSCs are defined by the activity of an enzyme called ALDH (Aldehyde Dehydrogenase).  The high relapse rate is highly consistent with a cancer stem cell (CSC) model. The CSC hypothesis suggests that, rare, chemo resistant CSC is capable of proliferating, causing relapse of the disease as well as resistance to chemotherapy.

The hypothesis of the research was that ALDH inhibitors would act as CSC targeted therapeutics. The majority of ovarian cancers harbor p53 mutations, making them resistant to apoptosis (cell death) by radiation therapy or chemotherapy.   As ALDH inhibitor induces programmed cell necrosis (necroptosis) – an alternative programmed cell death, it is possible to bypass resistance. Dr. Chefetz believes it is possible an agent, equipped to eliminate ovarian CSC, alone or in combination with conventional chemotherapeutic drugs may overcome chemo resistance in ovarian cancer.

The Hormel Institute, University of Minnesota is a leading cancer research department of UMN and part of the Masonic Cancer Center, an NCI Designated Comprehensive Cancer Center. Collaborative research partners with Mayo Clinic, Zhengzhou University, MD Anderson, Columbia University, University of Arizona and more renowned centers worldwide, The Hormel Institute tripled in size in 2008 and again doubled in size in 2016.  Currently the faculty and staff are comprised of 130 leading cancer research scientists and 14 cancer research sections. Over the next few years, The Hormel Institute UMN will add another 130 new faculty and staff jobs as part of its expansion as it continues to perform world-class research in the quest to prevent and control cancer.

For a link to the full article, see: