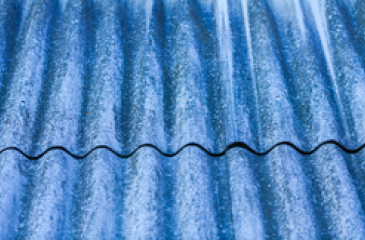 The Connection Between Iron Range Miners and Asbestos-Related Disease

Unknowingly, each day we put ourselves in harm's way of potential exposure to contaminants and toxins that have the ability to adversely affect our own health. Whether on the job or in the home, it is important to understand what is surrounding us, and how it affects us. Toxic substances can be difficult to pinpoint, since they can be found in a number of places, including water sources, walls, construction materials and often the air. As seasons change and the weather and lifestyles follow, spring is an important time to educate ourselves on hazards around us. The beginning of April marks Global Asbestos Awareness Week, an initiative that increases awareness of asbestos and preventing exposure by bringing together experts and victims from around the world to share, learn and take action.

Asbestos remains legal in nearly 70% of the world today, including the United States. It continues to be linked to 200,000 fatalities globally each year. Because exposure often occurs without notice and resulting conditions are entirely preventable, education around how asbestos may impact everyday life can prevent life-threatening conditions.

Asbestos is a naturally occurring mineral that may be found in both rock and soil. Asbestos is mined like any other mineral, but once processed can be turned into a downy material, creating asbestos fibers that are easily released. These fibers were once largely used in building materials due to their unique characteristics of strength, heat resistance and flexibility, and were once referred to as a “miracle mineral.” At its height, asbestos could be found in over 3,000 products, including car brakes and home appliances, and was used amongst many professionals such as jewelers and plumbers. Most commonly, asbestos was used in the construction of homes and other buildings.

When further research was done on this “miracle mineral” it was discovered that when asbestos fibers became airborne, exposure to these particles could be extremely dangerous. Because of this, 66 countries have banned the material, while others have placed restrictions. In the United States, asbestos is still being utilized, but the usage is limited to one percent of any product manufactured. Unfortunately, any amount of asbestos exposure can cause serious health complications. Therefore, these restrictions are helpful but should not be considered long term solutions.

Although asbestos is not harmful while sitting dormant, as soon as asbestos particles are released into the air they become a health hazard. For example, this may occur when a hole is put into a wall where asbestos insulation was used. Homes built between the 1920’s to late 1970’s are most likely to contain asbestos. Following this period, the use of asbestos decreased, but it is still used widely throughout the world.

Asbestos exposure can result in many health problems such as pleural disease and asbestosis. It is also a known carcinogen and may even cause ovarian cancer. Additionally, asbestos exposure is the only known cause of a rare cancer called mesothelioma, which cab affect the lining of the heart, stomach or lungs.

Mesothelioma is an aggressive form of cancer, and it is classified into three different types: pleural, peritoneal and pericardial. Pleural mesothelioma is the most common form and accounts for nearly 80 percent of all diagnoses. Mesothelioma may present itself after an individual has inhaled asbestos fibers. When these particles reach the pleura, the lungs can become irritated and scarring may occur. Following this, cells become damaged which can result in irregular cell growth, and tumors begin to form. It can take anywhere from 10-50 years for symptoms to appear after asbestos exposure. These symptoms can often be misdiagnosed as a more common illness like lung cancer, or even something as simple as the flu.

Being aware of asbestos exposure is important for many reasons, but understanding the health risks that come alongside exposure may save a life. With an illness like mesothelioma, making a diagnosis as soon as possible is the best way to increase the likelihood of survival.

The first step to take when protecting oneself from asbestos exposure, and a potential mesothelioma diagnosis, is taking proper precautions when on the job. In the Iron Range region, many people work with a substance called taconite, a type of iron ore found in the region around Lake Superior. Taconite workers have an increased likelihood of being exposed to asbestos fibers. In 2015, 21 new cases of mesothelioma were diagnosed in taconite workers.

A University of Minnesota study spanning six years was conducted to learn more about the connection between Iron Range miners and increased cancer incidence. The study found that, “every year spent working in the industry increased the risk of contracting mesothelioma by 3 percent and that Iron Range mine workers suffered the disease at three times the rate of Minnesota's general population.” Researchers determined it was unclear whether these diagnoses are due to dust fibers from the taconite or exposure to commercial asbestos.

Although the study does not directly tie asbestos exposure to these mesothelioma diagnoses, no other cause of mesothelioma has ever been documented. In any case, it is important to be safe and take the proper precautions while on the job, whether that is in the Iron Range or another location. Protection is easily accessible and may be as simple as wearing a respirator mask to avoid inhaling these airborne fibers.

Further research may need to be done to validate that mesothelioma patients were exposed to asbestos while on the job. In the meantime, being aware of surroundings can help to protect our own health and the health of those around us. Asbestos is a dangerous mineral that can cause lifelong repercussions and taking the time to learn about these factors, and what can be done to avoid them, creates the opportunity for learning and growth on the job, at home and throughout the world.