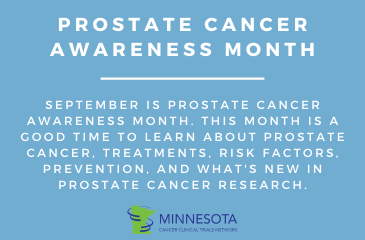 Depending on the individual case, there are many different treatments for prostate cancer. Some treatment options include observation/surveillance in early stages, surgery, radiation, chemotherapy, immunotherapy, hormone therapy, or a combination of these treatments. Hormone therapy is a cancer treatment technique used on cancers that use hormones to grow, such as prostate cancer or breast cancer.

For prostate cancer, male hormones, called androgens, can stimulate prostate cancer cells to grow. The main hormones that do this are testosterone and dihydrotestosterone (DHT). Hormone therapy, or androgen suppression therapy, reduces levels of androgens in the body to stop these hormones from fueling cancer growth. It is usually given in injections or pills, or less commonly with surgery to remove parts of the body that produce hormones, such as testicles. Hormone therapy can shrink tumors or slow down their growth over time, but it cannot cure cancer on its own. This treatment is often used when prostate cancer is more advanced or cannot be treated with surgery or radiation, or if cancer returns after surgery or radiation. It can also be used before radiation therapy to try to shrink tumors to make radiation more effective.

The connection between hormones and cancer was first discovered in the 1930s to 1940s by Charles Brenton Huggins, MD. Huggins published three papers in 1941 demonstrating the relationship between prostate cancer and hormones. At this time, physicians believed that cancer growth was uncontrollable, so this was the first time that a researcher proved cancer cell growth could be caused by the body, specifically by hormones. Most importantly, this discovery proved that cancer growth could be controlled and clinicians could develop methods and treatments, like hormone therapy, to slow or even stop cancer growth.

While surgery was initially used for hormone therapy, researchers wanted to find less invasive treatment methods and worked to develop hormone therapy drugs. In the 1980s, the first hormone therapy drugs were introduced. In 1981, a study was released testing a new hormone therapy on ten patients with prostate cancer. The therapy, referred to as luteinizing hormone receptor hormone antagonists, is an injection that chemically reduces the production of testosterone in the body. This slows the progression of prostate cancer. Researchers found that prostate masses in study participants reduced in size, and the majority of patients experienced pain and symptom relief and could resume activities that they couldn’t do before treatment.

Research on hormone therapy and other treatments for prostate cancer are ongoing. Current studies continue to test new types of hormone therapy to determine the best options for patients that are safe, effective, and cause fewer side effects. Researchers have also continued to test combination therapies, including hormone therapy, radiation, chemotherapy, and surgery, as well as the timing of treatments to create the best outcomes for patients. Researchers are also using hormone therapy research to examine whether hormonal medicines, such as 5-alpha reductase inhibitors (a drug that blocks an enzyme that changes testosterone into DHT), could even prevent prostate cancer and other prostate growths.