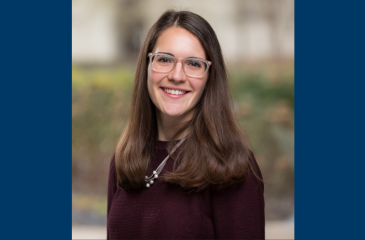 The Importance of Community-Engaged Research with MNCCTN Collaborator Dana Carroll

As a research organization, the Minnesota Cancer Clinical Trials Network (MNCCTN) is committed to working with communities commonly underrepresented in research and/or are at particularly high risk for cancer. One of the most successful ways of achieving this work is through community-engaged research. One of the leaders in this work at the University of Minnesota is Dana Carroll, PhD, MPH, Assistant Professor in the Division of Environmental Health Science in the School of Public Health and a Masonic Cancer Center member.

“Working with MNCCTN on the Nicotine Metabolism study provided the infrastructure and resources to establish a foundation that has equipped me for future studies,” Carroll said.

American Indians face increased lung cancer incidence and mortality rates compared to other populations. Cigarette smoking, including secondhand smoke, accounts for about 80 to 90 percent of lung cancer cases. About 500,000 people die each year due to cigarette smoking, and a disproportionate number are American Indians. For Carroll, these disparities indicate a major opportunity to think about ways to either prevent people from smoking in the first place, or to enhance ways to help people quit smoking.

Carroll’s interest in community-engaged research began while studying in a PhD program at the University of Oklahoma and continued when she began her work at the University of Minnesota. During her PhD program, Carroll studied Oklahoma’s progress toward commercial tobacco control and documented the smoking-related disparities in the state. She found that the progress being made toward white populations was not reflected at the same level in other racial/ethnic groups, especially the American Indian population in Oklahoma. This experience led Carroll to want to work alongside the American Indian tribes and communities to help address the issue of commercial tobacco.

Carroll contributed to existing collaborations between American Indian tribes and her mentors, and over time built the trust necessary to foster new collaborations with tribes. This trust was created by doing research in a transparent way to empower communities. Over time, this led to community partners reaching out directly to Carroll with ideas and to participate in studies.

“I feel that I serve as a piece of the puzzle to help communities,” Carroll said. “In my experience, the American Indian communities I work with know the direction they want to go in to combat smoking and other issues, but just need some additional expertise or resources. It’s exciting to work alongside communities and collaborate together.”

Carroll believes that engaging with communities about research is vital for study success. Community engagement requires dialogue and conversation to learn about the community and what impacts them, as well as what ideas they may have for potential solutions. It helps researchers ensure their research questions are important, relevant, and impactful for the community and to best serve Minnesota. This process empowers the community to be the main driver in helping reduce cancer disparities and lead healthier lives.

Carroll would advise MNCCTN and other individuals or groups interested in developing community-engaged research to start with trust and reputation building. Some ways to do this include showing up consistently, listening, and acknowledging and rectifying past research abuses. This doesn’t happen overnight and takes time and effort to prove yourself and create lasting relationships.

Carroll’s success in tobacco and community-based research has led to new and exciting projects. One upcoming project is the National Tribal Tobacco Conference on May 16-17, 2022, hosted by the Masonic Cancer Center. The event came together as a grassroots effort with the help of American Indian public health professionals and allies from across the United States.

The team identified a need for a conference to specifically emphasize lessons learned, best practices, and evidence-based tips for reducing smoking in American Indian persons. The conference, themed “Reclaiming and Restoring Traditional Tobacco in Today’s World,” also aims to separate the sacred importance of traditional tobacco in American Indian culture from commercial tobacco use, reclaiming traditional tobacco’s sacred role and reframing the narrative surrounding tobacco use.

The team recently received a more than $40,000 conference grant from the National Institutes of Health (NIH) to support the event. Receiving this grant reaffirmed that there is a need for the conference and this work. The event, with both in-person and virtual options, is available to anyone and is specifically aimed at community leaders/members, researchers, health care providers, students, and more.

In the future, Carroll hopes to work with MNCCTN and continue to focus on Greater Minnesota health disparities. Another research area Carroll is interested in is the reduction of levels of nicotine in cigarettes, making cigarettes less addictive and therefore helping people quit smoking. Studies have occurred in this area, but largely on white, urban populations, so they are not informed by populations that experience the greatest burdens due to smoking. Carroll is brainstorming a potential study in this area, potentially creating a collaboration opportunity with MNCCTN.

To learn more about the National Tribal Tobacco conference and register, visit: nttc.umn.edu. 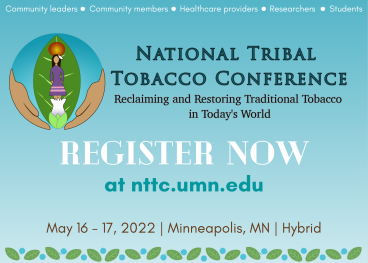