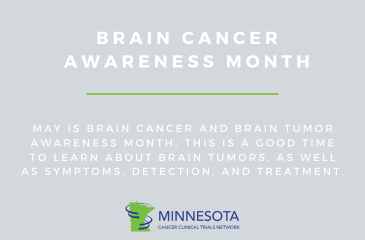 Primary brain cancer, cancer that develops solely in the brain, is rare. Most brain cancers are a secondary cancer. This means the cancer began in another part of the body and metastasized, or spread, to the brain. Symptoms of brain cancer include headaches that worsen over time, vision changes, difficulty speaking, memory loss, and personality changes.

Survival rates and ease of treatment vary greatly depending on the type of tumor. Glioblastoma is the most deadly form of brain cancer, with 95 percent of cases leading to death five years after diagnosis. Brain tumor treatments depend on the type, location, and size of the tumor. Brain tumors are typically diagnosed through imaging scans. Typical treatment options include surgery, radiation, chemotherapy, and targeted therapy. Surgery is typically the first treatment used for a brain tumor. Sometimes surgery is even the only treatment needed.

The history of neurosurgery (surgery on the brain) goes back to ancient times. One of the first neurosurgical procedures was called trepanation. This involved drilling into the skull and using tools to scrape or remove pieces of the brain. Trepanation and other brain procedures were recorded in Ancient Egypt, Ancient Greece, the Inca Empire, and other regions of the world.

Modern neurosurgery began to advance throughout the late 1800s and early 1900s. In 1895, x-rays were discovered by Wilhelm Roentgen. This opened the door for scientists and surgeons to use x-rays to look at the brain and locate and diagnose certain brain tumors.

It was at this time that neurosurgery became more refined and skilled. Harvey Cushing is considered the father of neurosurgery. Cushing conducted studies in the early 1900s to describe the “Cushing reflex.” This term was applied to high blood pressure, slowed heart rate, and irregular breathing associated with increased intracranial pressure. Cushing developed a surgical technique called subtemporal decompression, by which a small portion of the skull is removed to allow brain swelling through the opening in cases of intracranial pressure from head injuries and brain tumors. Cushing went on to perform more than 2,000 brain tumor operations with a mortality rate of about 10 percent, a huge decrease for the time.

Another imaging technique for diagnosing brain tumors, ventriculography, was discovered by Walter E. Dandy in 1919. In this procedure, fluid is removed from the ventricles of the brain and replaced with air. Air is more permeable for x-rays, and therefore makes the brain, ventricles, and any tumors easier to see and locate. In 1923, a study was published by neurosurgeons at the Mayo Clinic. The study examined the effectiveness of ventriculography in diagnosing brain tumors on 523 patients. The researchers found that the technique was effective for certain kinds of tumors but not others. Further research in the 1930s and 1940s determined that ventriculography was effective but required great skill and adequate equipment.

Other imaging techniques to locate brain tumors prior to surgery continued to be developed over the next two decades. A huge milestone in neurosurgery and many other disciplines occurred in the 1970s with the discovery of computerized tomography (CT) scans. CT scans use computers and rotating x-ray machines to create cross-sectional images of parts of the body. These images are more detailed than x-rays. Sir Godfrey Hounsfield invented the first CT scanner and conducted the first clinical CT scan on a brain in 1971.

In 1975, a study was published examining the effectiveness of CT scans at diagnosing primary and secondary intracranial tumors in 600 patients. The study found that only one out of 35 tumor diagnoses using CT scans in this group was a false negative. In 1980, another study was conducted examining the effectiveness of CT scans versus other imaging techniques in diagnosing intracranial tumors in 1,000 patients. The study, and several others that followed, found that CT scans were the most accurate imaging technique. This was important for brain surgery because CT scans provided the most accurate diagnosis and a clearer image of a tumor’s location, size, and position to remove tumors more successfully.

The most common brain surgery type that has been used throughout history is called a craniotomy. A piece of the skull is removed over the tumor, creating an opening. Prior to this, the surgeon uses CT scans or other imaging techniques to locate the tumor and its edges and determine the placement for the opening. The opening allows the surgeon to insert tools and remove the tumor, typically by cutting it out or using suction devices. After the tumor is removed, the opening is closed by using bone from the patient.

Another type of brain surgery is endoscopic brain surgery. This procedure removes certain brain tumors by threading a thin tube called an endoscope through the nose, mouth, or small opening in the skull. The endoscope has a camera so surgeons can see the brain and insert tools to remove brain tissue. Endoscopic transsphenoidal surgery, or endoscopic pituitary surgery, is one type of endoscopic brain surgery that has been developed and utilized since the 1990s. It involves threading the endoscope through the nose to remove brain tumors near the pituitary gland, which is behind the bridge of the nose.

Another common procedure to treat and remove brain tumors is stereotactic radiosurgery, commonly known as Gamma Knife. This is a surgical procedure that uses highly focused radiation to target the specific tumor directly. This procedure avoids harming healthy tissue surrounding the tumor and has fewer side effects than traditional radiation.

Clinical trials on brain tumor surgery, imaging techniques, and treatment are ongoing. Exciting potential advancements for brain cancer include immunotherapy, fluorescent dyes to make imaging and locating tumors even easier, vaccines, and more. As with all new forms of detection and treatment to save and improve lives and patient outcomes, these advancements would not be possible without clinical trials.