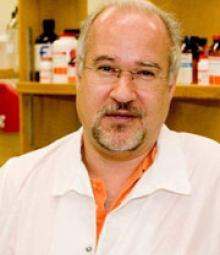 The Turesky laboratory seeks to understand the roles of long-term exposures of environmental toxicants and endogenous electrophiles to causative factors for human diseases including cancer. We use human cell lines, primary cells, tissues and biological fluids to investigate the toxicity of carcinogens, characterize their metabolic pathways, and their ability to form DNA and protein adducts in humans. There are several chemicals present in the diet, tobacco smoke, and in traditional medicinal herbs that are the focus of our investigations. The laboratory employs state-of-the-art-mass spectrometry methods to conduct metabolic and biomarker studies in humans.

Heterocyclic aromatic amines (HAAs) are potential human carcinogens formed in cooked meat and some arise in tobacco smoke. The chemistry of HAA adduct formation with DNA and blood proteins is under study, to develop biomarkers for human cohorts designed to address the role of these chemicals in the diet and the risk of developing cancer. Our goal is to see if differences in dietary habits or metabolic processing of HAAs and their ensuing DNA and protein adducts, can be employed to better understand chemical exposures interindividual susceptibilities.

Aristolochic acids are nitrophenanthrene derivatives present in herbs of Aristolochia, some of which are still found in traditional herbal remedies. A long-sought analytical method employing archived biopsy samples fixed in formalin and paraffin embedded (FFPE) tissues was established for measuring DNA damage, by mass spectrometric methods, of renal cancer patients exposed to aristolochic acid, a potent urothelial carcinogen present in some traditional Chinese medicines. This analytical approach allows us to retrospectively screen DNA damage in FFPE tissues for which there is a clinical diagnosis of cancer. We are exploring the versatility of this DNA retrieval method by examination of FFPE samples for DNA adducts associated with hazardous chemicals in cigarette smoke, cooked meats, and air pollution.

DNAand protein adductomics. Novel scanning approaches, by ion trap mass and high resolution accurate mass spectrometry, are under development to screen human biospecimens for a variety of DNA and blood protein adducts formed with carcinogens present in the diet and environment. These screening methods are expected to provide us with a better understanding of the major chemical exposures that damage the genome and proteins, and lead to the onset of diseases including cancer.

Exfoliated urinary cells are being used to develop and characterize DNA adduct biomarkers that may help to explain the origin or urinary tract cancers in tobacco smokers.