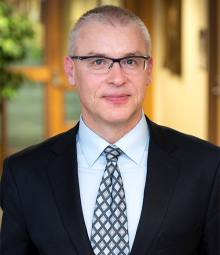 An internationally recognized physician and researcher, Dr. Tolar is known for his care of patients with recessive dystrophic epidermolysis bullosa. His research is focused on using hematopoietic stem cell transplant as a treatment for rare genetic disorders. Originally from the Czech Republic, Dr. Tolar received his medical education (MD) in Prague at Charles University. In 1992, he came to the University of Minnesota, where he completed his PhD in Molecular, Cellular & Developmental Biology and Genetics.

A Selection of Recent Publications

Click here to see a complete list of Dr. Tolar’s work which has been published by academic and research journals.