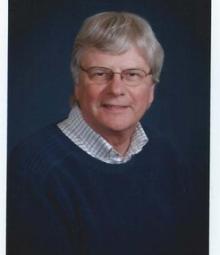 Dr. Clark is a neuropathologist, Director of Neuropathology Services at the University of Minnesota Medical Center, Fairview, and a consulting neuropathologist at Hennepin County Medical Center and the Minneapolis Veterans Affairs Medical Center. His research interests are in the neuropathological study of degenerative neurological diseases, most notably hereditary cerebellar ataxias and the central nervous system effects of myotonic dystrophy.

Dr. Clark has an active and long-standing collaboration in studies of spinocerebellar ataxia type 1 (SCA1) with the research team led by Dr. Harry Orr. SCA1 is an autosomal dominant neurodegenerative disease produced by an expanded DNA trinucleotide repeat sequence. The symptoms of motor coordination loss, slurred speech, spasticity, and cognitive impairment arise from the degenerative loss of many types of neurons including Purkinje cells in the cerebellar cortex and neurons in numerous brainstem nuclei as well as other sites.Clark is studying both the human form of these disease as well as transgenic models.

Human mutations are expressed in transgenic mice that produce human-like pathological changes in their brains, based on brain immunohistochemical analysis Clark conducts and nuclear magnetic resonance spectroscopy analysis of brain metabolites that he validates. Human SCA1-mutations expressed in transgenic mice reproduce pathological changes seen in the human disease as shown by neuropathological studies perform by Clark. Onemouse model developed in Orr’s laboratory is a “conditional” model, meaning that the disease pathway can be activated or deactivated by a specific agent, in this case an antibiotic. This genetic switch in the model enables investigators to explore the molecular mechanisms that may be involved and enables Clark to track the degeneration of Purkinje cells and other cells involved at different stages of the disease process. He and his colleagues have found that the disease can be arrested and even reversed if the expression of the mutant gene is switched off early in the process. Collaborative studies with Dr. Gulin Oz at the Center for Magnetic Resonance Research have linked these pathological changes in the mouse to alterations in the biochemistry of the brain. Clark and Oz’s findings suggest a potential avenue for therapeutic intervention in SCA1 patients who are diagnosed early, before sufficient SCA1 mutant protein enters the nuclei of Purkinje cells, the integrating neurons of the cerebellar cortex, and ultimately destroys them. The biochemical changes seen in the magnetic resonance spectroscopic studies at different stages of the disease and during recovery in the conditional model could potentially serve as surrogate markers for progression of disease or effects of therapy.

Clark is also collaborating in a study of myotonic dystrophy (DM), a progressive skeletal muscle wasting disease typically affecting the lower legs, hands, neck, and face. Like SCA1, DM is caused by an expanded DNA trinucleotide repeat sequence. There are two forms of DM, both of which, similar to SCA1, are caused by expanded nucleotide-repeat sequences in DNA. Clark is focusing his research on understanding the origin and progression of central nervous system (CNS) deficits in the disease, one of the most clinically significant aspects of DM whose pathobiology is poorly understood.

Dr. Clark has written on a number of subjects, including ataxia, middle cerebral artery dissection, tauopathies, treatment of brain tumors with stereotactic radiosurgery, and increased expression of nitric oxide synthase and cyclo-oxygenase-2 related to cerebral ischemic injury. He is a member of the Editorial Board of Brain Pathology, Journal of Neuropathology and Experimental Neurology, Acta Neuropathologica and Neurobiology of Disease.