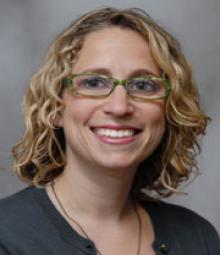 Dr. Greengard received her medical degree in 2004 from Saint Louis University School of Medicine. She completed her residency in Pediatrics in 2007 at the Children’s Memorial Hospital in Chicago, IL, and completed her fellowship in Pediatric Hematology-Oncology in 2010 at the Children’s Hospital of Philadelphia. From 2007-2010, Dr. Greengard acted as an Instructor in Pediatrics at the University of Pennsylvania School of Medicine.

Dr. Greengard’s research has focused on utilizing novel agents for the treatment of cancer in children. In 2010, she completed a project to develop a novel agent to treat pediatric malignancies. Within the arena of childhood cancers, she has specific interest in neuroblastoma and sarcomas. She also has a longstanding interest in pediatric palliative care.

Journey Clinic - Center for Children with Cancer and Blood Disorders