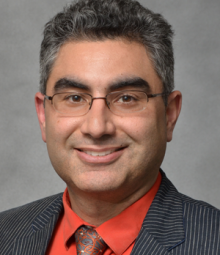 After completing undergraduate studies in biochemistry at SUNY College at Geneseo, Dr. Lou received his M.D. and Ph.D. degrees (Microbiology and Immunology) from SUNY Upstate Medical University in 2004. He performed his residency training in Internal Medicine at Duke University Medical Center and then subsequently completed his Medical Oncology and Hematology fellowship at the Memorial Sloan-Kettering Cancer Center in 2010. He also completed an additional fellowship in Neuro-Oncology at the Preston Robert Tisch Brain Tumor Center at Duke.

Dr. Lou, a diplomate of the American Board of Internal Medicine, is board certified in Medical Oncology and Internal Medicine. In addition he is also board certified in Neuro-Oncology through the United Council for Neurologic Subspecialties. He joined the faculty in the Division of Hematology, Oncology and Transplantation in 2011 and is a member of the Masonic Cancer Center, University of Minnesota.

Tips to be a Great Patient Advocate

Associate Professor of Medicine, Division of Hematology, Oncology and Transplantation