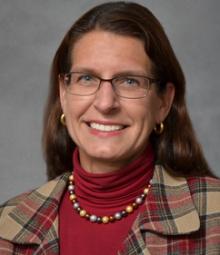 Dr. Weigel received her medical degree from MacMaster University in Hamilton, Ontario, and did her residency in Pediatrics at the University of Western Ontario. She came to the University of Minnesota in 1996 to do a Fellowship in Pediatric Hematology/Oncology and Bone Marrow Transplant. During her four-year fellowship, Dr. Weigel worked in the lab of Dr. Bruce Blazar and developed a murine model of rhabdomyosarcoma.

Professor and Lehman Family Chair in Pediatrics, Department of Pediatrics

Dr. Weigel’s translational research interests are centered in her extensive involvement with the Children’s Oncology Group (COG). Her responsibilities with the COG include:

Journey Clinic - Center for Children with Cancer and Blood Disorders