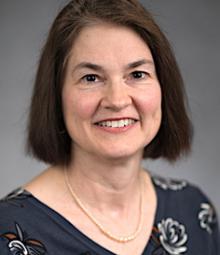 Dr. Skubitz is Professor of Laboratory Medicine and Pathology, Professor of Obstetrics, Gynecology and Women's Health, and Director of the Ovarian Cancer Early Detection Program. Her studies of cell adhesion molecules and receptors laid the foundation for her current research into how ovarian cancer cells adhere to the extracellular matrix, to each other, and to cells that line the peritoneal cavity, which contains the ovaries. In ovarian cancer, tumor cells are shed from the surface of the ovaries into the surrounding peritoneal fluid (ascites) and form multi-cellular aggregates or spheroids.

Ovarian cancer is marked by localized cell adhesion and invasion, typically involving neighboring organs in the peritoneal cavity. Skubitz and her colleagues have studied proteins known to be involved in cell adhesion, including laminin, fibronectin, type IV collagen, and integrins and also the carbohydrate hyaluronan and its receptor CD44. They employed gene expression microarray technology to analyze more than a thousand different tumor and normal tissues in a search for biomarkers for ovarian cancer. They identified Nectin-4, a cell-cell adhesion molecule that can be shed from the ovarian cancer cell surface and enter the bloodstream, suggesting that Nectin-4 could potentially serve as both a tissue and serum marker for ovarian cancer. Ongoing studies are focused on elucidating the biological role of Nectin-4 in ovarian cancer progression.

In related research, Skubitz is analyzing fluid samples from human Pap tests for evidence of ovarian cancer. Her hypothesis is that proteins or peptides can be shed from the ovarian tumor, pass through the fallopian tubes and enter the cervix, where they could potentially be detectable in fluid collected in a standard Pap test. Mass spectrometry is being used to identify and quantify ovarian cancer specific protein markers.